A Lollipop Changed my Life 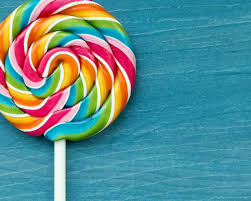 A few years ago, I watched a TedTalk by Drew Dudley called “Everyday Leadership”. In five minutes, he was able to capture everything I felt defined me as a person. He spoke about things I had felt and was never able to put into words. Before his talk, I did not define myself as a leader, but according to him, I was and did not even know it.

Everyday leadership is the concept that we all have the power to impact the lives of other people. The simplest of actions could have the power to change the course of someone’s life. That is what leadership is in a nutshell. It might be as simple as offering someone, let’s use Sarah as an example, a lollipop when she is feeling her worst. That lollipop might change her mood enough to have her make a different decision that could change the course of her life. That is truly powerful. The kicker is that the person who gave the lollipop might not even remember that moment.  People have that kind of power and they do not even recognize it.

I have been told by my people in my life that I am hopelessly optimistic. I believe the absolute best in people to a fault. I disagree. It turns out my life as an optimist has helped me define the key principles that drive me. My leadership principles.

1. Believe.
No one is perfect. We all need a bit of extra help, understanding, and encouragement sometimes. There is a quote from Good Will Hunting that I keep posted on my computer monitor at work: “some people can’t believe in themselves until someone else believes in them.” Whenever I am faced with a challenging situation with someone, one that makes me want to give up or turn my back on them, I think about what it felt like when the same was done to me. It took me a long time to learn to believe in myself, and I did not even know I could, until partner did. I am believed in, so I can believe. I give others the chances that I too was once given. I trust first and try not to doubt ever. Hopefully I can encourage people to see in themselves what I see in them.

2. Uplift.
Give people opportunity to rise to the occasion. Even when people tell me it’s impossible for a person to do it. I was teaching a class and came up with an idea to get my students to create their own vocabulary quizzes complete with questions, answer keys and instructions. The teachers in the lunch room told me this would be impossible. I disagreed. My response was “let’s see what they are capable of.” I knew that I would be there to coach them along the way and they succeeded. we had one of the most difficult but rewarding classes of the term. When we recapped what they had learned that day, we realized how much more than vocabulary they had learned. I think about what I can do to empower people, not drag them down. Sure, they may not want to, or they may not have the know-how, but if no opportunity is given, they cannot even try.

3. Equip.
Consider the tools people have. Look at what is in their tool box. This concept was the result of a defining conversation I had with my parents a few years back. I had always struggled with being their daughter as I out grew them at a very early age. I quickly ended up in the role of parent and care taker. My resentment bubbled under the surface until my early 30s, when, thanks again to Mr. Dudley, I thanked them for all of the things I learned form them as people. As my parents, not so hot, but as people, they were pretty inspiring. They had overcome a lot. I realized at this moment that as parents, they had done the best they could with the tools they had. Now, I try to fill toolboxes and equip people with what they need to rise up.

4. Thank.
Pay it forward. After watching Mr.Dudley’s talk, I hosted my own lollipop moments themed birthday party and thanked all of my friends for all the moments they shared with me that inspired and influenced my life. I emailed all of my favourite teachers and past co-workers and thanked them for who I had become because they all shared in my growth and development. I even wrote to Mr. Dudley and thanked him for my lollipop moment. Thanking people goes a long way in making them realize their own power, their own leadership. Thank people, so they will thank others.

I lead every day with my actions. So if you think about it like that, I have 36 years of experience. I do not have the title of manager, a formal leadership role, or any direct reports in my current job; however, I take the time to be good person, and for me, that is the thread that stitches all of my leadership principles together.

What does all this mean for me, and why am I writing this post?

I have been thinking about going back to school to learn more about leadership best practices. I want to become my own trusted brand in leadership, in a sense. I work for a highly technical company that thinks checklists are enough to teach people how to do their jobs. I disagree. They are a job aid, but if we want to teach people how to be great leaders, we need to move beyond checklists and start changing the way people think. The people I currently I work with may not respond well to me leading a workshop on lollipop moments. But, if I could partner my own principles with some that are backed by industry experts, I could develop a training program for managers that will truly make a difference in people’s lives. They could then go out and create their own lollipop moments. And one day, I might find myself with the title of Chief Heart Officer and be able to coach them along the way. 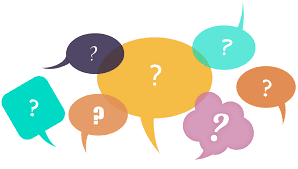 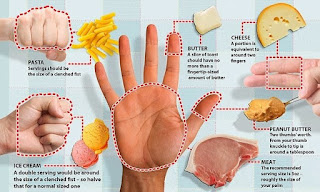